NAUGHTY OR NICE? "SANTA CLAUS IS COMING TO TOWN" - SINGLE OUT NOW!

"Santa Claus Is Coming To Town" is the new Christmas single by the recently voted top jive/swing band, The Jive Aces. The track is out now as digital single and is taken from the band’s E.P., "Christmas Is Where You Are". The single is available from iTunes, Amazon music and Spotify. 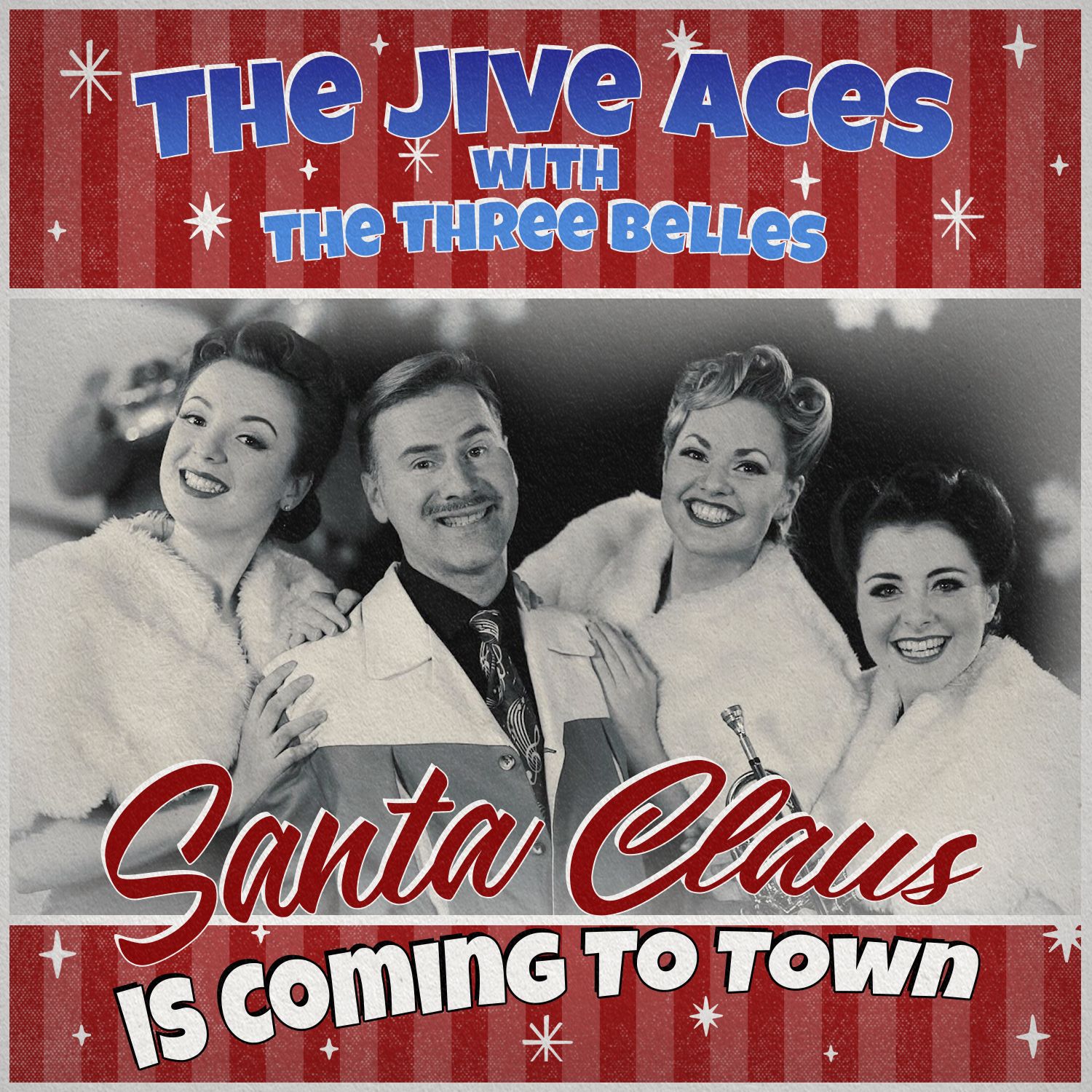 This timeless song, written by Coots and Gillespie, has been revamped by the band and given a unique Jive Aces’ upbeat, foot tapping arrangement adding a touch of magic of glam with singing trio The Three Belles. The track is perfect to add some Christmas cheer to these trying times. Whether during your aperitif, Christmas pudding or just to get in the Christmas mood, the song is guaranteed to lift your spirit.

There is also an accompanying vintage-style music video inspired by the classic era of musical films. Click below.

In March 2020, at the beginning of lockdown, The Jive Aces began a series of daily online live performances streamed to fans all over the world via their Facebook page and Youtube channel. They recently achieved the astonishing record of 500 consecutive days of free live streams for which they were granted a plaque of gratitude by the stream community. The "JiveSteam", which features swinging music and call-ins from special star guests, now goes live three times a week, on Monday, Wednesday and Friday evenings at 8:30pm UK time.

The band has toured all over the world and played numerous top festivals and venues from the Royal Albert Hall to Ronnie Scott’s to Glastonbury. They have received many awards including Best Band at the prestigious Boisdale Music Awards presented by Jools Holland. They have collaborated with and worked alongside artists including Van Morrison, Chick Corea, Isaac Hayes, John Travolta and the late Lionel Blair to name but a few and their music videos have received over five million views on YouTube.

The band is also famous for putting grumpy Simon Cowell “in a good mood” during the auditions of Britain’s Got Talent where they became the first band to reach the semi-finals and just recently their music was selected for the latest series of Strictly Come Dancing.

The Jive Aces have been together for over 20 years and have received multiple awards, for both entertainment and charity support.

They have a busy year ahead as they will tour the UK theatres with their "Big Beat Revue" show, starting in February, and have a tour of the the USA planned from mid-March to mid-April 2022.